During a land seismic survey, a network of sensors, “geophones”, are deployed on the survey area, typically in a line, in a square grid or other type of geometry, according to pre-defined survey parameters to record and store the data captured during the acquisition program.

This is mainly due to: 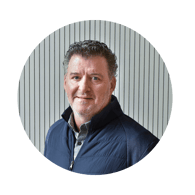 Kevin O’Connell is the Head of Field Operations at STRYDE, and has over 35 years of geophysical experience, mostly working with cable-based systems on land and transition zone seismic acquisition campaigns on a variety of different geographies and projects.

In this blog, Kevin discusses some of the top operational challenges associated with the use of cable-based systems and offers practical methods and advice to help overcome these…

“I have witnessed this myself in the Middle East and North Africa where there are often very large crews operating to acquire high-density seismic data, with sizes of up to 800 people per crew. To give some context to the impact this has on additional logistical support; typically, a crew of this size would require approximately 50 heavy trucks and 100 light vehicles to transport the recording system equipment and people as well as provide the logistical support to keep such a large crew operating efficiently.”

“In recent times, many clients have been moving to high productivity surveys with large ‘superspreads’. These superspreads can have typically 30+ receiver lines each 25kms long. If you add in extra equipment to allow for 24-hour operations and efficient field shooting, then it’s not uncommon for there to be more than 1500 kms of copper and fibre optic telemetry cables on the deployed superspreads.

“If the survey requires analog geophone strings, then this can add an additional 3000kms of copper cable in the field. All these cables and associated connectors wear out over time and can be easily broken which will ultimately affect the reliability of the equipment and can become very costly when parts need replacing. It is not uncommon to have large maintenance teams to repair and test this equipment on each cable system crew.

“The downtime from broken copper or fibre optic cables (line breaks) can vary, depending on where the system is. With modern systems, the downtime from cable breaks can be lowered with additional backbones for data re-routing but this comes with extra costs of deploying and maintaining the additional equipment. In some cases, additional backbones are not supported when using older legacy systems. It has been common for crew members to lose many hours of productivity time just driving to the location to fix the line breaks. On surveys with large channel counts, this could result in days of lost time per month.

“To put this into perspective, when I was working on a seismic survey campaign in North Africa in poor terrain, it took one crew team 5 hours to drive to and replace a broken telemetry cable suspended over a small river. Typically, the seismic contractor’s factor in only 70-95% of uptime from their cabled recording systems depending on their operating terrain and operating mode.”

“The weight of cabled receiver system with geophone strings per channel is much higher when compared to the latest nodal receiver technology.

“In terms of equipment volumes, with the latest nodal technology, we can fit over 2000 nodes into a light vehicle. To do this with a cable system with geophone strings, you would need several 6x6 trucks.

“Not having cables between the seismic channels also means the nodes can be placed in favourable places to minimise theft and damage issues and reduce the complexity of permitting.

“In terms of field operations efficiency, the deployment flexibility and weight and volume reductions are game changers.

“The excessive weight and bulkiness of cabled geophone systems is therefore proven to impact the efficiency and costs of the seismic acquisition in the following ways: 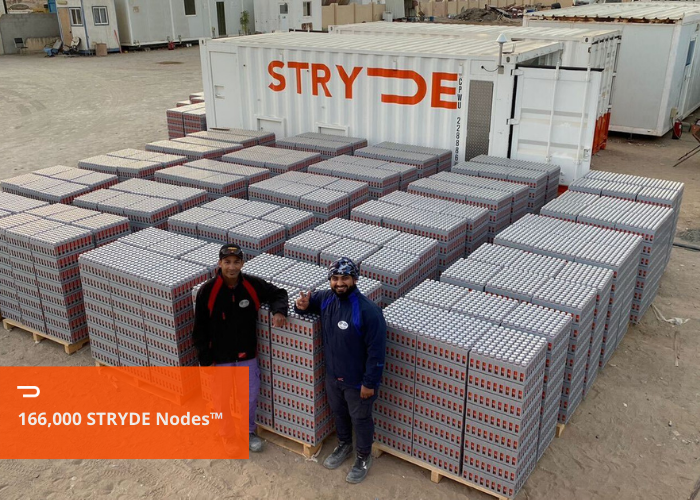 My take on the future of efficient seismic operations

“During my 35 years in the seismic industry, I have had extensive experience working with both cabled geophones and modern nodal systems, and I have experienced first-hand the challenges and benefits of each.

“In my opinion, the benefits associated with the use of modern cableless nodal systems far outweigh the perceived benefits of cabled systems and eliminate the operational challenges experienced when using cabled systems with digital sensors or analog geophone strings.

“In short, the latest nodal systems will:

So why are cabled geophones still a solution of choice, despite these drawbacks and better equipment being available?

“It is common for some countries and companies to utilise cabled geophones as the preferred method for seismic data acquisition, mainly due to the following reasons:

My advice for overcoming challenges associated with cabled geophones:

“Companies should consider embracing advances in technology and remove specifications related to the seismic equipment in the tender documentation that specifies what type of receiver equipment should be used to deliver the survey. Leverage the experience of the seismic contractors and open opportunities for them to propose alternative solutions to get a better understanding of the viable options available to acquire seismic in the most efficient and cost-effective way possible.

"In addition to this, don’t be constrained by the desire to conduct live QC of the seismic data. Whilst utilising autonomous nodes without real-time QC can be a worrying thought for companies who haven’t used fully autonomous nodes before, the hardware reliability is extremely high and there are means available to check how nodes are performing in the field via local interrogation of the nodes. The latest nodal systems also have powerful algorithms that run during the harvesting process to detect any anomalies with the seismic data or node hardware.

“To reassure new operators without much experience in nodal technology, most nodal system providers will offer free or low-cost testing options so that operators can test and trial nodes in the environments where they are operating or planning to conduct seismic acquisition projects.”

As the creators of the world’s smallest, lightest, and most affordable seismic nodes, we help companies across multiple industries to: