Geothermal Rising 2022 (GR22) recently took place on the 29th-31st of August in Nevada, where the STRYDE team showcased our cutting-edge land seismic solutions for efficient and cost-effective geothermal exploration and monitoring.

The event connected thousands of professionals from the geothermal community around the world for the first time in-person since 2019, with the aim of sharing best practices for accelerating geothermal energy exploration and production, to fuel its important role in energy transformation.

In this blog, STRYDE event attendees, Nicolas Goujon (Technical Adviser) and Nick Tranter (Business Development Manager for New Energies) have highlighted some of the key insights from the event and advised how common challenges and needs of geothermal development can be overcome or addressed.

1. Budget constraints and project financing has resulted in a quest for more solutions to de-risk drilling decisions

As geothermal exploration moves towards deeper resources, investment and drilling costs are higher and the pressure to secure a ROI is bigger than ever before. 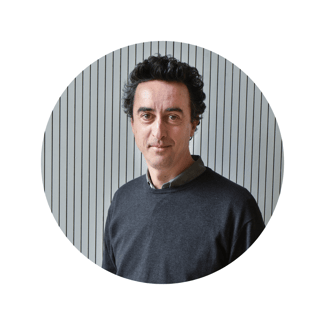 Nicolas Goujon, Technical Adviser at STRYDE commented:  “I believe that seismic will be an assessment and development tool for areas with high potential already identified by other methods (EM, gravity, etc.), especially for targeted areas (e.g., in urban centres for heating purposes) as opposed to a “frontier” exploration tool for geothermal.

“3D seismic data can drive the success of a geothermal project. Put simply, high-density data is about increasing the spread of seismic receivers planted in the ground or the source effort required. For many companies, 3D seismic, although linked to high-quality images and seismic attributes, remains out of reach because of the cost and feasibility of acquiring this type of dataset. This is however changing, with costs lowering and perceived value increasing.”

During the event, there were a lot of discussions on high-density acquisition, and upon learning more about the cost and ease of operations using the STRYDE Nodes™, delegates shared excitement on the prospect of acquiring high-density subsurface data, at an affordable price point. It also triggered enthusiastic discussions about more creative survey designs and applications that were previously unthinkable using conventional systems. 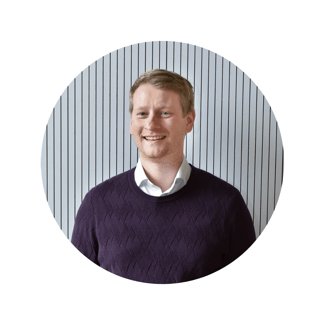 2. Seismic is a feasible option for monitoring geothermal wells

Seismic is also a feasible method of choice for monitoring micro-seismicity before, during, and after the drilling operations. Low-cost, miniature nodes are well suited to record micro-seismic events at the surface and to map their origin.

Nicolas Goujon commented: “Passive seismic (without using an active source) can also be used for ambient noise tomography, which is an alternative method for mapping depth of cover and shallow stratigraphy, giving operators a more cost-effective, and reduced environmental impact solution for geothermal projects.

“At STRYDE, we are currently participating in several high-density passive surveys, to provide further research and development into affordable and commercially viable ambient noise tomography-based models of the subsurface. Please get in touch if you would like to learn more about this.”

The challenges associated with the process of securing a permit to explore for geothermal energy were heavily discussed during the event where delegates shared experiences of lengthy and expensive approval processes to secure land access and a permit to work.

Nick Tranter commented: “Being able to demonstrate how technology used during the project will minimise land and environmental impact positively supports companies to get geothermal projects c approved. Miniature and lightweight seismic imaging technology like STRYDE Nodes™ is one solution to this problem, especially when operating in urban areas.

4. The geothermal sector is energised, and the outlook is positive

With technologies advancing and the world’s attention increasingly focused on alternatives to fossil fuels to tackle the climate crisis, the geothermal sector has been gaining prominence.

This was evidenced by the likes of Fervo Energy, Zanskar Geothermal & Minerals and Eavor who communicated positive investment injections and big plans for geothermal energy exploration and production.

Nick Tranter commented: “Excitingly, it was also announced that one of the geothermal industries thought leaders, Eavor, has commenced their demonstration project to drill the deepest and hottest directional geothermal well in history. This news is a big step forwards in Eavor’s evolution as a key player in the geothermal industry and another clear sign of an industry on the turn.

“I believe that with the right support from governments and regulators and introducing technology that has the capacity to significantly de-risk and lower drilling costs, confidence of companies seeking to develop geothermal energy will in turn increase and further investment will be made to support our global drive to net-zero.”

At STRYDE, we are invested in supporting global energy transition initiatives, and our state-of-the-art land seismic technology and solutions play a pivotal role in the drive to net-zero. We understand that there are many factors such as budget and operational constraints that can impact the ability to obtain a thorough understanding of the subsurface necessary to make informed decisions related to a project’s feasibility and future.

Seismic acquisition allows geothermal explorers to establish a detailed picture of the subsurface, but until recently, seismic often came at a hefty price-point which resulted in seismic acquisition projects being deemed as financially unviable.

In 2019, STRYDE created the world’s smallest, lightest, and most affordable nodal seismic imaging system – designed specifically to enable high-density seismic to be acquired at a reduced price point, with less risk and a lower environmental footprint.

IMAGE ‘22 insights: 5 key takeaways from discussions on the future of land seismic