IMAGE ‘22 insights: 5 key takeaways from discussions on the future of land seismic

Hosted by the Society of Exploration Geophysicists (SEG), the American Association of Petroleum Geologists (AAPG) and in partnership with the Society of Sedimentary Geology (SEPM), the annual event brings together geoscience and energy professionals from around the world to uncover new revolutionary techniques and share best practice.

In addition to demonstrating our affordable land seismic acquisition system and answering questions about our products and solutions,  our team was able to discuss the primary land seismic needs and challenges faced by both acquisition contractors and the end users of the subsurface data.

Here, we’ve highlighted the event’s key insights, summarised why they’re important and explained how our solutions aligns with these requirements.

1. Nodal technology is rapidly becoming the preferred choice for land seismic acquisition globally, and not only just because of the reduced cost!

It was apparent that industry professionals across the globe are now leaning towards nodal technology as the preferred choice for land seismic acquisition due to its ability to optimise cost and survey logistics, reduce risk exposure and environmental impact, all without compromising data quality. Excitingly, the industry is also rapidly accepting that smaller nodes are the only viable and realistic solution for delivering high-density subsurface data in the  large-scale surveys of the future, thereby vastly improving the overall image quality acquired.

Cabled seismic acquisition systems have long dominated the market on such large surveys. However as the industry pushes to higher resolution imaging, the challenges of huge amounts of cabled equipment become more apparent and restrictive. Not only do they require an enormous team to manage the project, which has a knock on effect on overall costs, logistics and HSE risk exposure, but they are also more expensive to purchase and operate. Finally, they introduce technical downtime on a project due to the complexity of the equipment and connectors.

On the opposite side of the spectrum are seismic nodes. This type of technology brings a wealth of benefits. As a cableless device, there are far less operational challenges and it requires significantly fewer people and vehicles to set up and acquire the survey. Not only are project costs dramatically reduced as a result, but the small size of the equipment reduces project timelines and environmental footprint while producing a better seismic image. 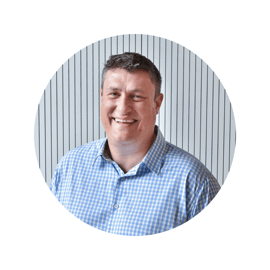 Mike Popham CEO at STYRDE said: “It’s important to understand how reliable and efficient seismic nodes have now become. Proudly, this was evidenced during the event where we signed a 13,000 node deal with Polaris Natural Resources, following their successful use of STRYDE Nimble systems on their recent surveys in Africa.

“At STRYDE, our mission is to make high density land seismic affordable and accessible for any size of project in any industry. We’ve created the world’s smallest and most affordable seismic nodes on the market, by a distance, but we have also made a system which scales both economically and technically  for any size of project. STRYDE is already being used on the “mega projects” of today, including the 166,000 node system being used in Oman by Africa Geophysical Services, further demonstrating that it is the only technology with the ability to scale for the even higher density surveys of the future.”

Find out more about our nodal systems here.

2. High-density seismic data is in demand, but cost and feasibility are blockers

High-density seismic data can drive the success of a project, not only can it help de-risk decisions but it can often determine a project’s future by providing better subsurface imaging.

Put simply, high-density data is about increasing the spread of seismic receivers planted in the ground or the source effort required. For many geophysicists, the concept of high-density, although linked to high quality images and seismic attributes, remains out of reach because of the cost and feasibility of acquiring this type of dataset.

There were a lot of discussions on high-density acquisition at our IMAGE booth, and upon learning more about the cost and ease of operations using the STRYDE Nodes™, delegates shared excitement on the prospect of acquiring high-density subsurface data, at an affordable price point. It also triggered enthusiastic discussions about more creative survey designs and applications that were previously unthinkable using conventional systems. 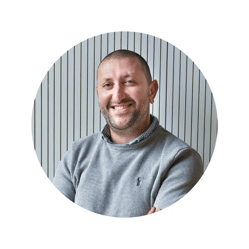 Amine Ourabah, Head of Processing at STYRDE said: “Our technology was built with high-density imaging at its core, it can help fast-track the delivery of subsurface insights, helping companies de-risk investment decisions.

“We’ve made the impossible, possible… While high-density data typically requires more receivers, resulting in inflated costs for companies seeking to explore the subsurface, our cheaper, smaller nodes makes high-density a viable concept for any industry.”

Find out more about how we can help you with high-density seismic data here.

3. A shared need for quicker access to subsurface insights to fuel global demand for energy, without compromising quality

As the global demand for energy increases, conversations lead to methodology,  cost and time required to unlock energy resources of our future. There remains increasing pressure to stick to budgets, but there’s also the requirement to get the best intel possible in a reduced time frame.

As we know, the data gathered from a seismic acquisition program needs to be processed and then analysed to actually determine where opportunities exist. And traditionally speaking, this process can take even longer than the acquisition itself.

“Previously, land processing was a trade-off between quality and a rapid turnaround. You only got one or the other. STRYDE’s philosophy is to deliver both - and we do this by combining the skills and experience of our geophysicist team with state-of-the-art processing techniques. Our extremely powerful processing platform allows us to explore multiple possible outcomes from the high-density data simultaneously, eliminating the common challenges in land seismic data and delivering interpretation-ready data faster than ever before.”

4. A growing realisation that real-time QC is an unnecessary and expensive feature

Mike Popham, CEO at STRYDE said: “Real-time QC introduces unnecessary equipment reliability risks by introducing more failure modes in a seismic nodal system. It also inflates the price and size of each node, which introduces significant inefficiencies and unnecessary costs for all parties.

“When designing our fully autonomous node, we made the conscious decision to eliminate real-time data QC to lessen the complexity of the system, instead, producing a highly reliable node at a significantly reduced price point, with less weight, and at a reduced size. At IMAGE ‘22, it was refreshing to hear from the world’s largest operators and acquisition service providers that they agree with this approach, particularly for large projects, where live QC simply doesn’t scale!”

While utilising autonomous nodes without real-time QC can be a worrying thought for companies who haven’t used fully autonomous nodes before, the hardware reliability for STRYDE Node™  is extremely high (>99.5%) and there are still means available to check how nodes are performing in the field via local interrogation of the nodes as people learn to trust the system. The latest nodal systems also have extremely powerful algorithms that run during the data harvesting process to detect any anomalies with the seismic data or node hardware.

Mike added: “Because our nodes are a fraction of the cost of competitor nodal devices and cabled equipment, it allows companies to afford much denser sampling, resulting in significant data redundancy,  so even in the very rare cases where a node fails, there is no impact on the final product.”

5. Oil and gas, geothermal, hydrogen  and CCUS are key markets for subsurface exploration and monitoring

Climate and energy crises remain one of the biggest challenges we have ever faced globally and it continued to be a topic of conversation during IMAGE’ 22.

This has fueled the need for exploration of new energy resources and the most common industry for exploration and production optimisation that we discussed with delegates was of course, oil and gas, but exploration and monitoring needs for geothermal, hydrogen storage and CCUS also weighed heavily in discussions. 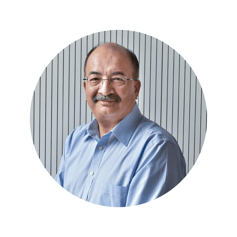 Sam Moharir, Head of Business Development - MENA at STRYDE said: “Seismic data within these markets will enable a better understanding of the geological challenges, similar but different to oil and gas, that these new industries face.

“For the geothermal, hydrogen storage and CCUS, our technology enables an affordable solution to exploration of optimal development and storage locations, and uniquely, we provide a financially viable solution to monitoring of these storage locations to help companies comply with regulations for underground storage and ensure the safety and integrity of the structures remain intact throughout the project lifecycle.”

To find out more about the industries we operate in, click here.

There is an obvious growing demand to acquire seismic data on land to help prepare energy resources of the future, this is fueled by climate change objectives, the global energy crisis and the need to make informed decisions with confidence.

Growing demand has led to companies needing to work faster and smarter than ever before, and traditional cabled geophones or bulky nodal devices just won't cut it.

As discussed with many of the delegates who visited our booth during the show, the only viable solution for cost-effective land seismic that will:

…is miniature and low-cost nodal technology.